There are 130,000 jobs at workplaces in Cumberland.
The public administration, education and health sector accounts for the greatest proportion (24%), followed by wholesale & retail (17%) and manufacturing (16%).

The median annual household income in Cumberland is estimated to be £28,794; lower than the national average (£37,436). 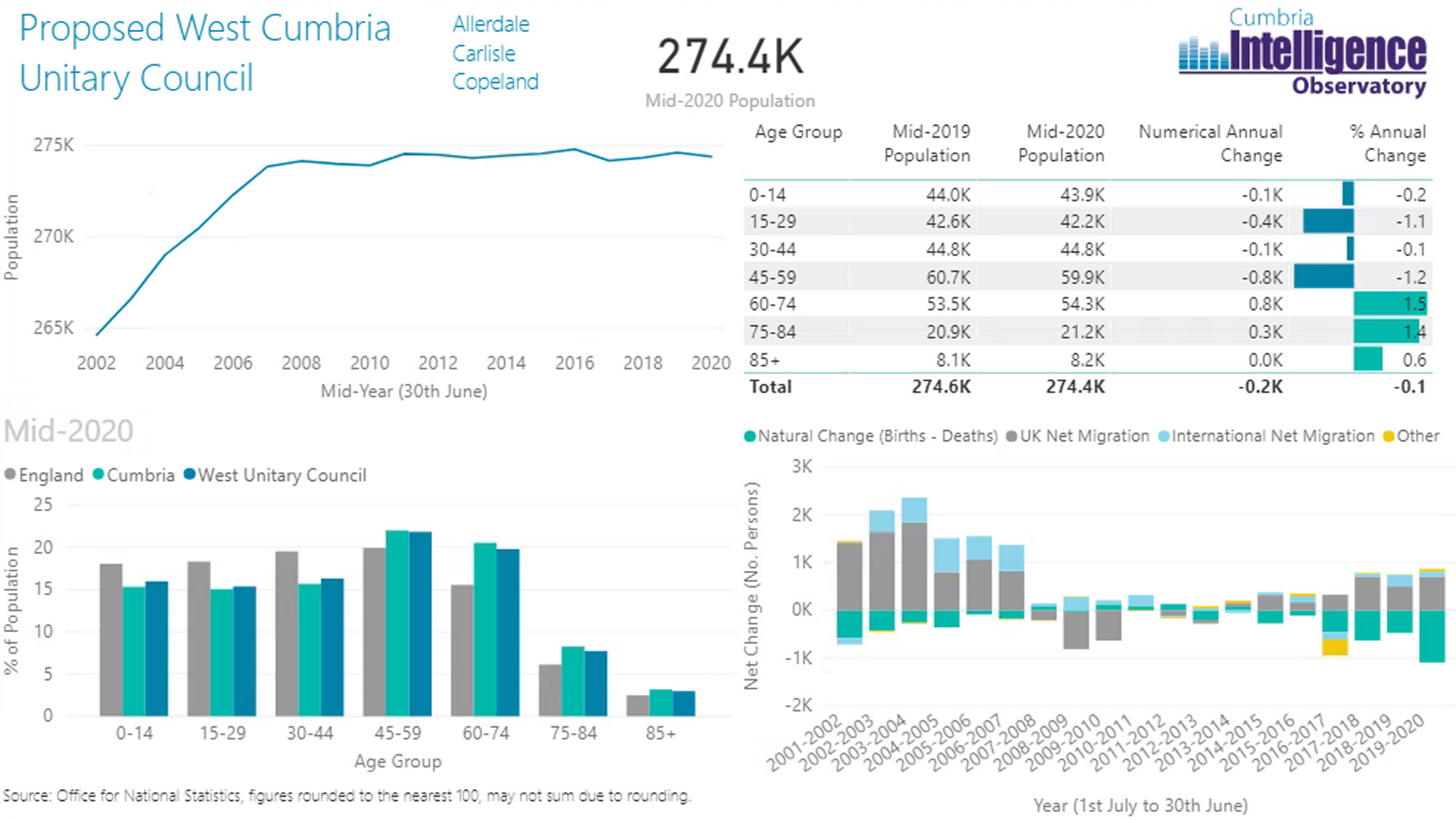 20% of residents in Cumberland report their day-to-day activities are limited because of an illness or disability, higher than the national average (18%). Public Health England (PHE) report that Cumberland has worse rates than the national average in relation to emergency hospital admissions for coronary heart disease, stroke, heart attack, Chronic Obstructive Pulmonary Disease (COPD) and hip fractures in over 65s, as well as incidence of lung cancer and hospital stays for self-harm. Furthermore, PHE report that Cumberland performs worse than the national average in relation to deaths from all causes, cancer, circulatory disease, coronary heart disease, stroke and causes considered preventable in under 75s.
16.1% of children in Cumberland live in relative low-income families. While this is lower than the national average (18.7%), there are some wards where levels of child poverty are much higher than the national average; the proportion of children in relative low-income families in Maryport South ward is almost one and a half times the national average (25.8%). 14 communities (LSOAs) in Cumberland fall within the 10% most deprived of areas in England; these communities are spread across districts as follows: Allerdale (7 LSOAs), Carlisle (4 LSOAs) and Copeland (3 LSOAs). It is generally in these deprived areas that unemployment and crime rates are higher, while household incomes and educational attainment are lower and health outcomes can be poor. Inversely, Cumberland has 10 LSOAs that are classified as being in the 10% least deprived of LSOAs nationally; these LSOAs are located as follows: Carlisle (5 LSOAs), Allerdale (3 LSOAs) and Copeland (2 LSOAs).
A map plotting deprivation across Cumbria can be found here: https://www.cumbriaobservatory.org.uk/deprivation/map/